Are you looking for a more peaceful & loving home life? You are in the right place! The Coopers are peer support specialists, offering online support for troubled marriages for 15 years.

“Peer support specialists are people who have been through situations similar to those they support. They have been successful in recovery and have firsthand knowledge of the healing process. Their personal experience with these challenges provides expertise that professional training cannot replicate.”

This website is intended for educational purposes, offering readers an opportunity to recognise narcissism and codependency in their families and themselves. For support, please visit the TheNCMarriage.com and complete Kim or Steve Cooper’s free intro tutorial.

Are We Claiming a Cure for Narcissism? 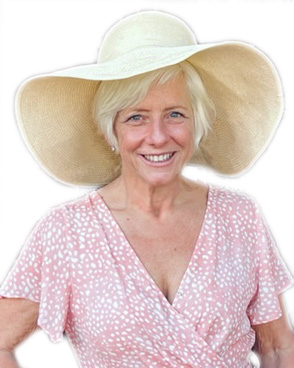 Hi I am Kim Cooper and welcome to Narcissism Cured. 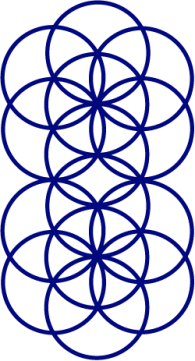 ‘Narcissism Cured’ refers to our own personal journey.  This resulted with my husband Steve growing beyond his narcissism to become a solid husband and father. We have shared our story in order to offer hope and guidance, not as a universal cure for narcissism.”

Our journey began when the professionals informed me about a mysterious disorder, they claimed equaled no hope for my marriage.

When Steve was assessed with Narcissistic Personality Disorder, everyone said I should ‘just leave’ him. I was made to feel a fool for even asking if he could get better.”

Despite this, and even though Steve was hurting me, I refused to abandon him. No matter what people were saying I knew there had to be answers.

At first, I got a lot of professional help and studied the psychology of Narcissistic Personality Disorder (which was all rather confusing) and when nothing helped then began to despair.

I nearly drove myself mad reading advice online from bitter people who had not solved their relationship problems.

For years I struggled and things only got worse until an event occurred in my life (which I share in Back From the Looking Glass) that finally got my thinking on track. I swapped from psychology and started looking at parent and leadership training. Instead of trying to change Steve, instead I started looking at how I was reacting to him.

A Glimmer of Hope

This change in me produced a change in Steve and although it still took over a year, the worst of his narcissism was at last cured!

Years later when our marriage had improved beyond all recognition, I decided to turn my research notes into an eBook.  With the help of my good friend (and behavioural scientist) Dallas Fell, my notes (first written for my own reference) became Back From the Looking Glass – 13 Steps to a Peaceful Home.

We had no idea what we’d begun. Eight years on, our team at Narcissism Cured has received over 15 hundred testimonials, many from people in desperate situations, saying we have saved their family, sanity, marriage and sometimes even their life.

Of course, we cannot know that what helped our family will work for everyone. Narcissism is not an easy problem to deal with and there are no magic wands or easy answers. Instead we have come forward and shared our journey in the hope that it may help your family if you are facing similar problems.

These days there are a growing number of  psychologists and psychiatrists following our work who regularly inform us that we are helping both the clinicians and their patients to recognise and deal with narcissism, at work and in their relationships.

I have purchased several of your e-books. I have Back From the Looking Glass, Love Safety Net, and 10 Steps…read more

Please quote what I said about the value of your ebooks . . .

Steve, please (you and Kim) quote what I said about the value of your ebooks, if that would help you…read more

Fixing my codependence fixed up my life . . .

As a Health and Safety Practitioner, I feel that my opinion on preventing one of the leading causes of death…read more

I love your work. Thank you so much for offering to us. If it wasn't for you I would not…read more

I did buy back from the looking glass and your workbook. I am reading it now and already started some…read more

Forget needing years on the therapist’s couch endlessly going over who said what and why . . .  You won’t find the happy marriage you are searching for until you change the bad habits and relationship mistakes you are making daily.”

Narcissism Does Not Equal No Hope

Don’t let them tell you no cure, no contact, no hope! Working through the steps and exercises we offer will help you identify the narcissism (and codependence) in your family and leave you in a stronger and safer position!  Our team at Narcissism Cured are here to support you, whether you save your marriage or not.  Either way you need to resolve the conflict (for yourself and your kids’ sake). This is what our work at Narcissism Cured is all about.

Our Definition of Narcissistic

Our Definition of Codependency