While many of our articles and books use the phrase mental abuse, from now on we have decided to use the term mind games  instead. As the term mental abuse can leave room in real life situations for doubt about what this type of abuse really means, we find the terms mind games, or passive aggressive mind games more descriptive and exact. 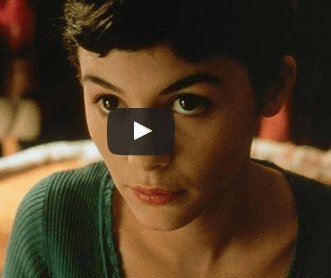 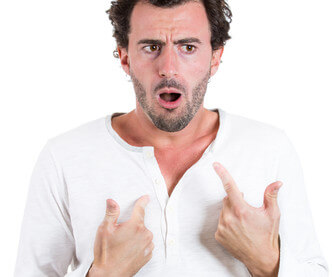 What are Mind Games?

This occurs when a person tries to make someone close to them look ‘crazy’. They usually do this to create a smokescreen because they have something they want to hide. This may include affairs, sexual misconduct, domestic violence or other immoral or criminal activity.

If the aggressor succeeds in provoking an extreme emotional response from the person they are targeting, they may make other members of their family and community believe them unbalanced or ‘crazy’ and distract attention away from themselves.

Like all types of aggression, the aggression of mind games can take many forms. Telling lies about a person to destroy a person’s reputation, stalking and intimidation, gaslighting, scapegoating and malicious gossip are all forms of mental aggression.

As mind games are usually perpetrated to hide some other more overt form of abuse, they are often passive. Passive aggressive mind games can take many forms. These may include pretending not to hear or understand someone and other ways of pretending that someone is not making sense. They may also include keeping family members divided against each other so they will not get together and figure out the truth.

Turning people against each other may also be a way for the aggressor to position themselves as ‘favorite’ among the people in their life.

Like all forms of aggression, mind games can be destructive to a person’s health and vitality and may damage their confidence, relationships and mental health.

Why do People Inflict Mind Games on People they Love?

Or they may be simply trying to hide their shame at their lack of success in life. Pretending that a family member is crazy and hard to deal with can also be a way of gaining sympathy from their friends.

Instead of admitting responsibility or guilt for their failings, the mental aggressor, lacking healthy boundaries, will attempt to put the blame on someone else.

This type of abuser may also fear abandonment and may try and emotionally cripple and isolate their partner as a way to prevent them from leaving.

What if I am Guilty of Playing Mind Games?

If you were never taught how to deal with embarrassment or shame when you were growing up, it will be tempting to blame your feelings of guilt or embarrassment on others and become something of ‘a rule unto yourself’. This will not only cause pain and frustration in the people close to you, but will also severely stunt your development as well.

It is important for us to respect other people’s boundaries and acknowledge our own mistakes for us to grow.

People who shift blame tend to cause chaos around them and even if this tactic works in the short term; failure, disappointment and mental breakdown are all things to look forward to if you persist in the habit of shifting responsibility onto others to make yourself look good.

While it takes considerable courage to admit embarrassment for our mistakes, shortcomings and wrongdoings, most people will find this endearing, and if your apology is genuine they may even offer help.

What Should I do if I am a Victim of Mind Games?

Most people take peoples’ word at face value and so this kind of family aggression can be extremely hurtful and destructive and hard to pick. Even if you know that someone has lied to you in the past, you may still feel it wrong to be suspicious of things that they are telling you today.

Because of this it is very important that victims of mental abuse learn not to feel guilty if they suspect their partner may be lying and instead of getting angry and emotional, learn how to calm down, self soothe and get help.

Just because you can’t directly control this person’s behaviour doesn’t mean you are powerless. In fact by shifting your own behaviour patterns you can massively influence both sides of your relationship. If you would like to learn more about this – get started with our free intro tutorial here: www.theNCMarriage.com

While Stonewalling is aggressive if done deliberately, it is important to remember that when faced with criticism or conflict, it is very human for us to reach a point where we freeze up
read more

Like all forms of aggression, scapegoating is destructive to health and vitality and may a person’s confidence, relationships and mental health.
read more

Back From the Looking Glass – TheNCMarriage.com

Does your husband or wife treat you like you are crazy so they can ignore your questions or concerns? If so this may be a symptom of a Narcissistic/Codependent Marriage” . . .